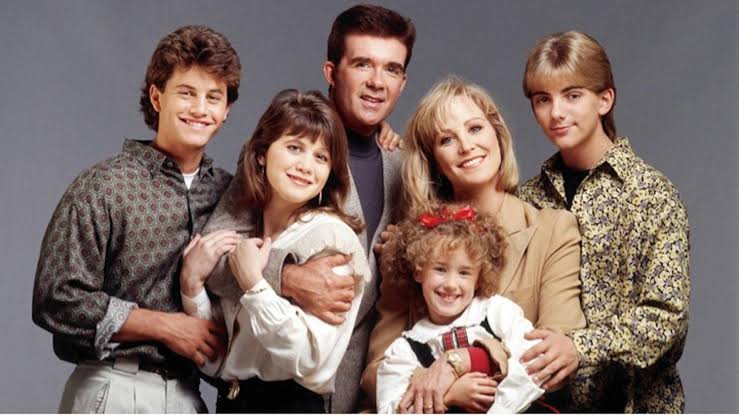 The theme from Growing Pains "As Long as We've Got Each Other", which was written and composed by John Bettis (lyrics) and Steve Dorff (music). It was performed by:


There were nine versions of the theme song used; others included a Halloween-themed version not sung by Thomas or Warnes used in a two-part Halloween episode in 1990. A shorter version of the Thomas/Warnes version was used starting in season five.

The Theme for Growing Pains got airplay on the Adult Contemporary format in early 1989 and peaked at #5 on the Radio & Records AC chart and #7 on the Billboard AC chart. Another version of "As Long As We Got Each Other" was performed by Louise Mandrell and Eric Carmen in 1988. Their version peaked at #51 on the U.S. Billboard Country chart.

Oooohhh. As long as we got each other
We got the world spinnin right in our hands.
Baby you and me, we gotta be
The luckiest dreamers who never quit dreamin'.

As long as we keep on givin'
we can take anything that comes our way
Baby, rain or shine, all the time
We got each other, sharin' the laughter and love.